As markets head into a year of uncertainty against a backdrop of shifting economic data and monetary policy, more and more analysts are starting to place bets on the Euro outperforming the US dollar.

Having fallen below parity with the greenback in the second half of 2022, the European currency has recovered in recent months and as we enter today’s trading session it is trading above the 1.08 mark

Sky high energy prices, which have been caused by the war between Russia and Ukraine and were crippling the European economy just a few months ago have largely began to subside. This has led to a recovery in the European economy which has been evident by the release of recent economic data which shows and improvement in all sectors including business and retail spending.

Core inflation, which includes food and energy costs, came in at 9.2% year on year in December, according to preliminary data Friday from the European statistics agency, Eurostat. It follows November’s headline inflation rate of 10.1%, which represented the first slight contraction in prices since June 2021.

“The euro is trading within its late December range, but incoming data since the beginning of 2023 suggest to us that it should be stronger,” said Steve Englander, head of global G-10 FX research at Standard Chartered.

“Both euro area core inflation and economic surprises have continued to strengthen, making it easier for the European Central Bank to maintain a hawkish tone. Energy concerns that loomed large as a EUR-negative in mid-2022 are beginning to ebb.” He added. 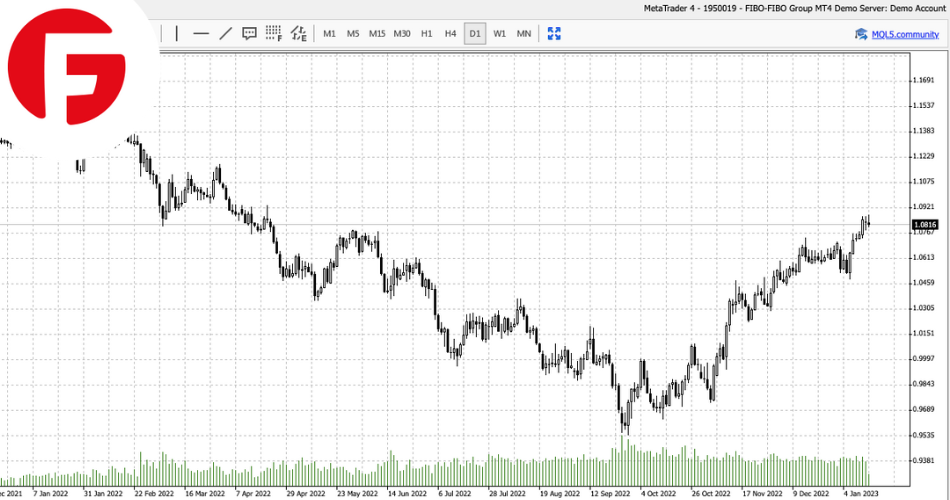 Looking ahead this week, the main drivers of the Euro USD currency pair will be the release of key economic news from both sides of the Atlantic.

From the Eurozone we will see consumer price index figures and the zew economic sentiment index from Germany as well as CPI figures from the Eurozone as a whole during the first part of the week.

From the US market participants will await retail sales figures and Industrial production figures which will be followed by key real estate data such as the housing starts and building approvals figures which will give a clear picture on whether the property sector is still under pressure.