Core inflation, which strips out volatile food and energy prices and is more closely watched by the Fed, was 6.3% over a year earlier, down from September's 6.6% and below the consensus forecast of 6.5%. Core prices rose 0.3% month on month, half of September's 0.6% gain.

"We have learned over the past 18 months or so that one good core CPI print proves nothing, but we see good reasons to think this one is the real deal," says Ian Shepherdson, Chief Economist at Pantheon Macroeconomics.

Some however are more confident that inflation is on the way down which will cause a reduction in the size of the rate hike next month and mark the beginning of the end for higher rates.

"Inflation will continue to slow in coming months, which will significantly reduce the need for continued aggressive rate hikes. This reading supports our view of a 50bp hike in December," says Knut A. Magnussen, Senior Economist at DNB Bank. 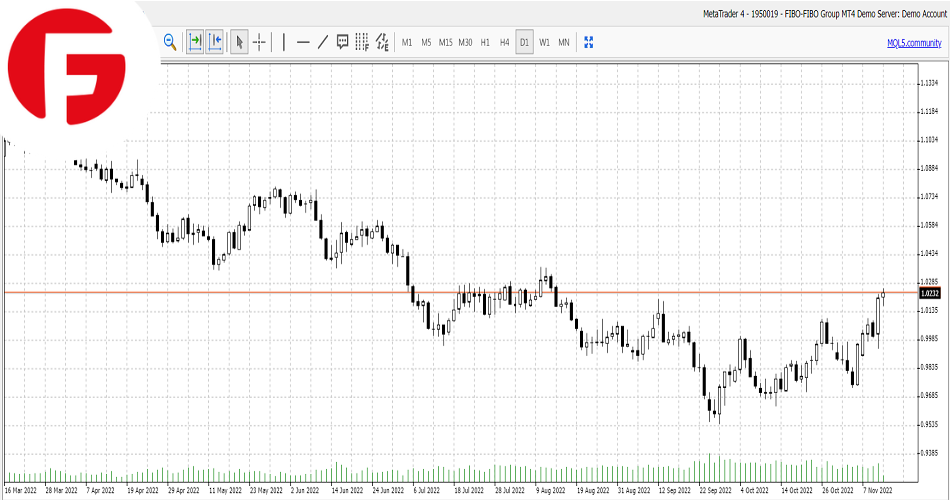 Looking further ahead today, the main drivers of the EUR/USD currency pair will be the release of CPI figures from Germany which are expected to hit the market at 11.6 percent on a yearly basis and if analysts are correct, we may see the Euro receive further support.

To finish off the trading week investors will await the latest Michigan consumer sediment index from the US which is a key indicator of consumer spending and may provide some trading opportunities to close out the week.