The EUR/USD is hovering around 0.9750 while consolidating the two-week losses during Monday’s Asian session. Even so, the major currency pair remains inside the short-term key technical area amid a lack of major data/events.

Latest comments from the policymakers of the European Central Bank (ECB) and the US Federal Reserve (Fed) suggest hawkish play at both the key global central banks but the ECB’s Quantitative Tightening (QT) is considered a step ahead than the Fed.

ECB Chief Economist Philip Lane recently mentioned that they need rate hikes at several meetings. On the other hand, the ECB Policymaker and Dutch Central Bank chief Klaas Knot said, “ECB should consider starting to shrink its oversized stock of assets once interest rates rise to a level that neither stimulates nor slows economic growth.” The policymaker also added that he does not expect policy rate hikes to come to an abrupt end," while also saying that the farther we hike and the closer we get to restoring a credible prospect of inflation moving back to target, the smaller rate steps will likely become.

On the other hand, St. Louis Federal Reserve Bank President James Bullard said, “The US has a serious inflation problem,” the policymaker also adds, “Front loading fed policy is the right strategy.”

Elsewhere, the firing of Britain’s Chancellor Kwasi Kwarteng and hints of more rate hikes from the Bank of England (BOE) Governor Andrew Bailey are the recent catalysts that triggered the market’s risk-on mood. The measures appear promising and likely avoid the risk of the UK market’s collapse, at least for now.

While portraying the sentiment, S&P 500 Future ignores Wall Street’s downside close and rises half a percent while the US 10-year Treasury yields struggle to extend the latest upside near the 4.0% threshold. It’s worth noting that CME’s Fed watch Tool suggests a nearly 95% chance of the 0.75% Fed rate hike in November. 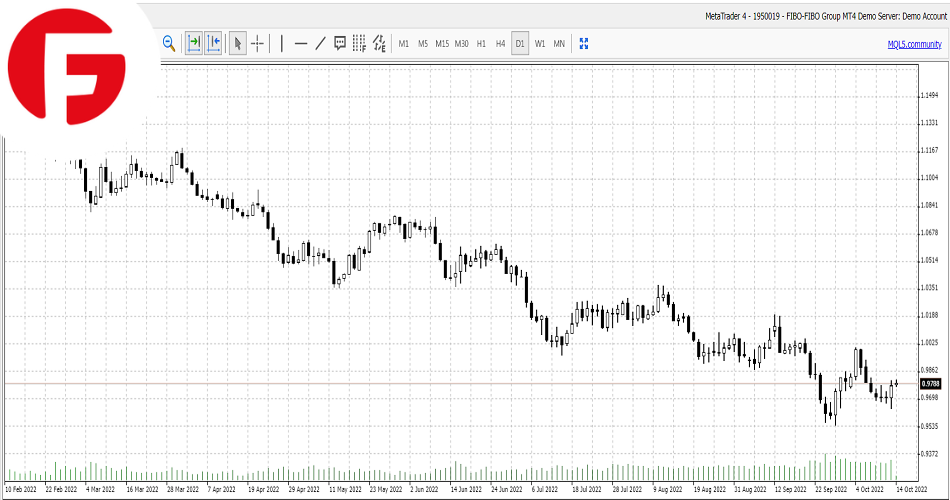 Moving on, a light calendar and an absence of major events during the week may allow the EUR/USD pair to consolidate the previous losses. Also likely to favor the quote are the headlines surrounding the ECB’s QT and the market’s rejection of the 1.0% rate hike from the Fed.