The Euro is surging in today’s European trading session against the US dollar, jumping more than 100 points after a strong round of economic data from Germany and a bullish speech by European Central Bank president Christine Lagarde regarding interest rate hikes.

The latest monthly survey conducted by Germany's Ifo Institute showed that the Business Climate Index improved to 93 in May from 91.9 in April, and well above analysts’ expectations for a figure of 91.4.

The Current Assessment Index performed equally as well and jumped to 99.5 from 97.3 and the Expectations Index also beat consensus rising to 86.9 from 86.8.

ECB President Christine Lagarde said the European Central Bank is likely to raise its deposit rate out of negative territory by the end of September and could lift the benchmark rate further if it sees inflation stabilizing at 2%,

“Based on the current outlook, we are likely to be in a position to exit negative interest rates by the end of the third quarter. If we see inflation stabilizing at 2% over the medium term, a progressive further normalization of interest rates towards the neutral rate will be appropriate,” Lagarde added, even opening the door to raising rates further “if the euro area economy were overheating.” noted Mrs. Lagarde. 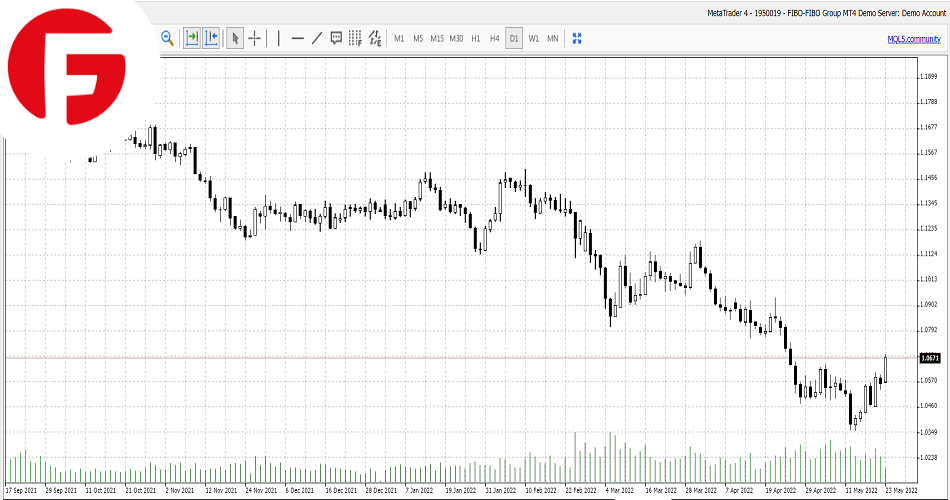 Looking ahead, the EUR/USD is now looking to breach the $1.0700 mark, but it will certainly face headwinds from a number of different areas such as geopolitical concerns surrounding the war between Ukraine and Russia as well as the general overall strength of the US dollar.

With interest rate hikes being the major talking point at the moment for the Fed and ECB the economic news due for release this week will also be of vital importance.

From the Eurozone the big news will  come on Wednesday with the release of GDP and consumer sentiment figures from Germany and many traders are now hopeful of a positive outcome after the release of today’s IFO figures.

From the US, the focus will be on the durable goods figure due out on Wednesday followed by of GDP numbers and jobless claims figures slated for Thursday.