The euro has tumbled to a five-year low against the US dollar as market participants predict that  the European Central Bank will struggle to match the pace of monetary tightening compared to America, particularly as the war in Ukraine, with no end in sight, continuers to casts a shadow over the bloc’s economic recovery.

The European currency fell further on Wednesday after hitting its weakest point since April 2017 late in the American session but as we enter the European trading session there has been a slight recovery. It has declined steadily since early February as traders responded to increasingly hawkish signals from the US Federal Reserve, which is expected to raise interest rates more quickly than first thought as it tries to battle rising inflation which is at its highest level in over 40 years

While markets have also begun to price in a tightening of monetary policy in the eurozone, the ECB is expected to be more cautious, given the threat to the region’s economy from soaring energy prices that could worsen if the bloc decides to impose sanctions on Russian oil and gas exports. Wednesday’s losses for the euro come after Russia suspended gas supplies to Poland and Bulgaria, triggering a sharp rise in European gas prices.

The greenback is expected to benefit further from the sharp rise in energy prices as the US is pretty much energy self sufficient,

"The U.S. dollar benefits from the prospect of an ongoing flight to safety liquidity bid," said Jeremy Stretch, head of G10 FX strategy at CIBC.

"The U.S. looks set to be less impacted than others, notably Europe and Japan, from the energy price spike. As a consequence of the latter, the Fed remains the most hawkish central bank and the dollar remains well supported, even if it remains rather overbought", he added. 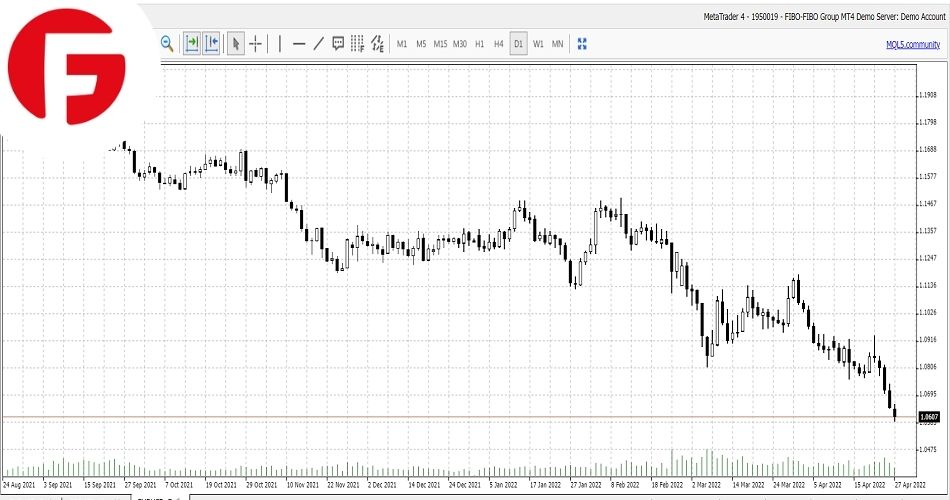 Looking further ahead today, the main drivers of the EUR/USD currency pair will be a monetary speech by European Central bank president Christine Lagarde later in the day where she is expected to reaffirm her resistance to immediately lift interest rates in the Euro block and this could see the Euro come under further pressure.

Investors will also keep an eye on the conflict between Ukraine and Russia which is about to enter its 3rd month for any escalations.