The Euro felt the full force of the US Federal Reserve in yesterday’s trading session by tumbling to a month long low against the greenback as the market was put on notice that the US Central bank was gearing up to reduce their stimulus program.

As had been widely expected, the Federal Reserve announced it would keep its benchmark interest rate near zero at the conclusion of its 2-day meeting yesterday and the Euro initially rose on the news but soon made an about turn. when the Fed indicated for the first time in the post meeting statement that it will start withdrawing some of the emergency financial support for the economy.

Over the last few months, US Federal Reserve Chairman Jerome Powell has been rather quiet on when the Fed would begin cutting back on their bond buying program but that all change yesterday when he noted the phrase,

“If progress continues broadly as expected the Committee judges that a moderation in the pace of asset purchases may soon be warranted,” Mr Powell said.

Almost immediately, the EUR/USD plummeted to $1.1683 on the more hawkish than expected words from Powell and the currency pair remain at this level to close out the American trading session.

The focus today for the EUR/USD currency pair traders will be the release of Markit manufacturing PMI numbers from Germany and the Eurozone as a whole while during the American session we will also see the same manufacturing news. 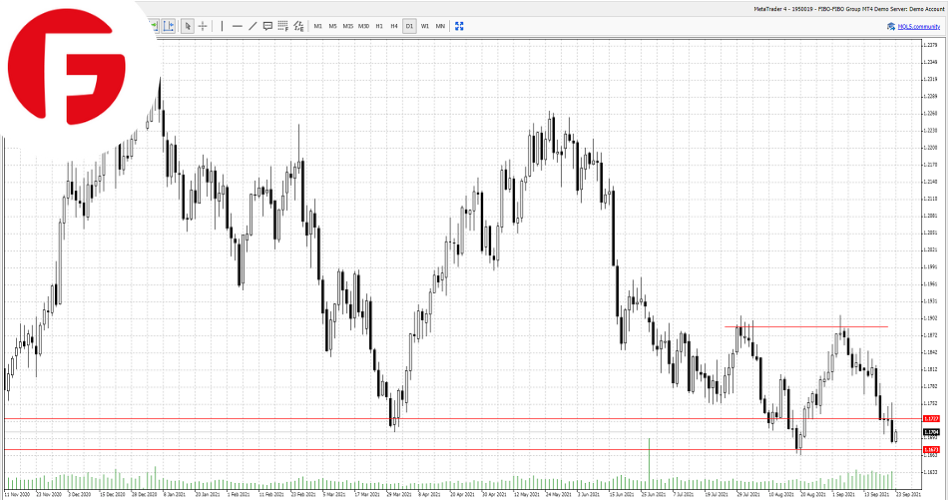 As we enter today’s European trading session, we can see that the Euro has made somewhat of a recovery after yesterday’s rout and has managed to bounce back above the $1.1700 level which shows for now, the currency still retains some support.

From a technical point of view, the double top that has formed on the chart is quite a bearish signal and we may see the EUR/USD currency pair resume its downtrend back down towards the $1.1673 which is the neckline and will confirm the continuation of the downtrend.