As expected yesterday, the Euro found a fresh set of buying against the US dollar after the release of the latest consumer price index figures in the US showed that record inflation figures in the world’s largest economy may be a thing of the past.

Inflation rose 0.1 percent in the month to November, slower than the 0.3 percent expected and October's reading of 0.4 percent.

Core inflation, which is arguably more important to the Federal Reserve's monetary policy direction, also missed expectations coming in at 6.0% year-on-year, well below October's 6.3 percent and below expectations for a number 6.1 percent. The month-on-month increase in core was set at 0.2 percent, below both consensus and October at 0.3 percent.

Although the inflation numbers were disappointing, the Fed will still go ahead with another interest rate hike today, but the chances of a 75-basis point hike have all but diminished.

"There was some good news on the inflation front in the US in November, as prices decelerated by more than expected," says Katherine Judge, economist at CIBC Capital Markets.

"Although the downside surprise is a welcome development, the Fed remains on track to hike by 50bps tomorrow given that the downside was concentrated in a few components, and the labor market remains tight." She added. 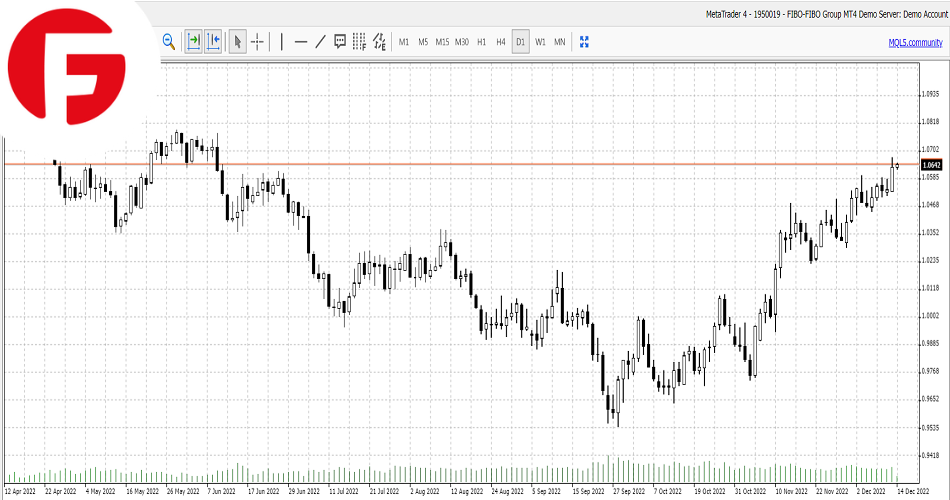 Looking further ahead today, the main drivers of the EUR/USD currency pair will be the release of industrial production figures from the Eurozone which is a key indicator of business confidence.

The main event however will be the latest interest rate decision from the US Federal Reserve where most analysts are betting on a 50-basis point hike and if they are correct, there shouldn’t be much movement in the EUR/USD currency pair as the number is already priced into the market.

If the Fed surprises everybody with a 75-basis point hike the Euro is likely to come under pressure.